After 18 months old, or a year and a half into their lives, children are cognizant about the colors and shapes of objects around them. Meaning, it is the perfect time to start to further stimulate their learning about them. And no toy better stimulates that than the seven-in-one multifunctional letter board set.

As the name suggests, this letter board does not only seek to teach one thing. Rather, its composition is meant to teach kids seven things at once through playing with it. All in all, the seven-in-one multifunctional letter board features lessons about:

Quite a few things, uh? See, for starters, the top part of the seven-in-one multifunctional letter board features a fishing minigame. With the magnetic fishing rod included with the set, the kids can ‘fish’ the fishes and also the columns of rings beside them out of the board.

Fishing the fish out reveals a number which is exactly the number of rings placed in the column left of where that fish rested.

On the row below are the numbers, from one to ten. Additionally, the first object from the left of the first three rows from the top features the arithmetic signs ‘+’, ’-’ and ’=’. Thus, making the letterboard a great way for the kids to visually learn the numbers as well as basic addition or subtraction operations.

Below each number, there are also random objects which names the kids might spell with the alphabet the seven-in-one multifunctional letter board includes.

On the third row from the top rest a set of geometric shapes that range from something as basic as a triangle to more eclectic shapes like a heart and star, great for fine-tuning shape recognition. Below each shape, there is also a daring of a different fruit cut in a way that it fits the shape of the site it was placed in.

The fourth and fifth rows from the top are dedicated exclusively to the alphabet. Thus, it goes without saying that they will teach your children the proper shape of every letter. Below each one, by the way, there rest a hilarious illustration of a different animal posing. Each is posing to fit the shape of the letter site they are placed in and from which their names coincidentally begin with as well.

The lowest and final row of the set is exclusively dedicated to vehicles children are likely to see either on tv or in real life. A train, space rocket, submarine, boat, firetruck, excavator, airplane, and police car. Maybe they will ask you to buy them one of those for real after playing with the seven-in-one multifunctional letter board, eh?

I think he 'd be bigger. Otherwise perfect thank you

Really top exactly like the description, perfect for learning. Sends fast and neat 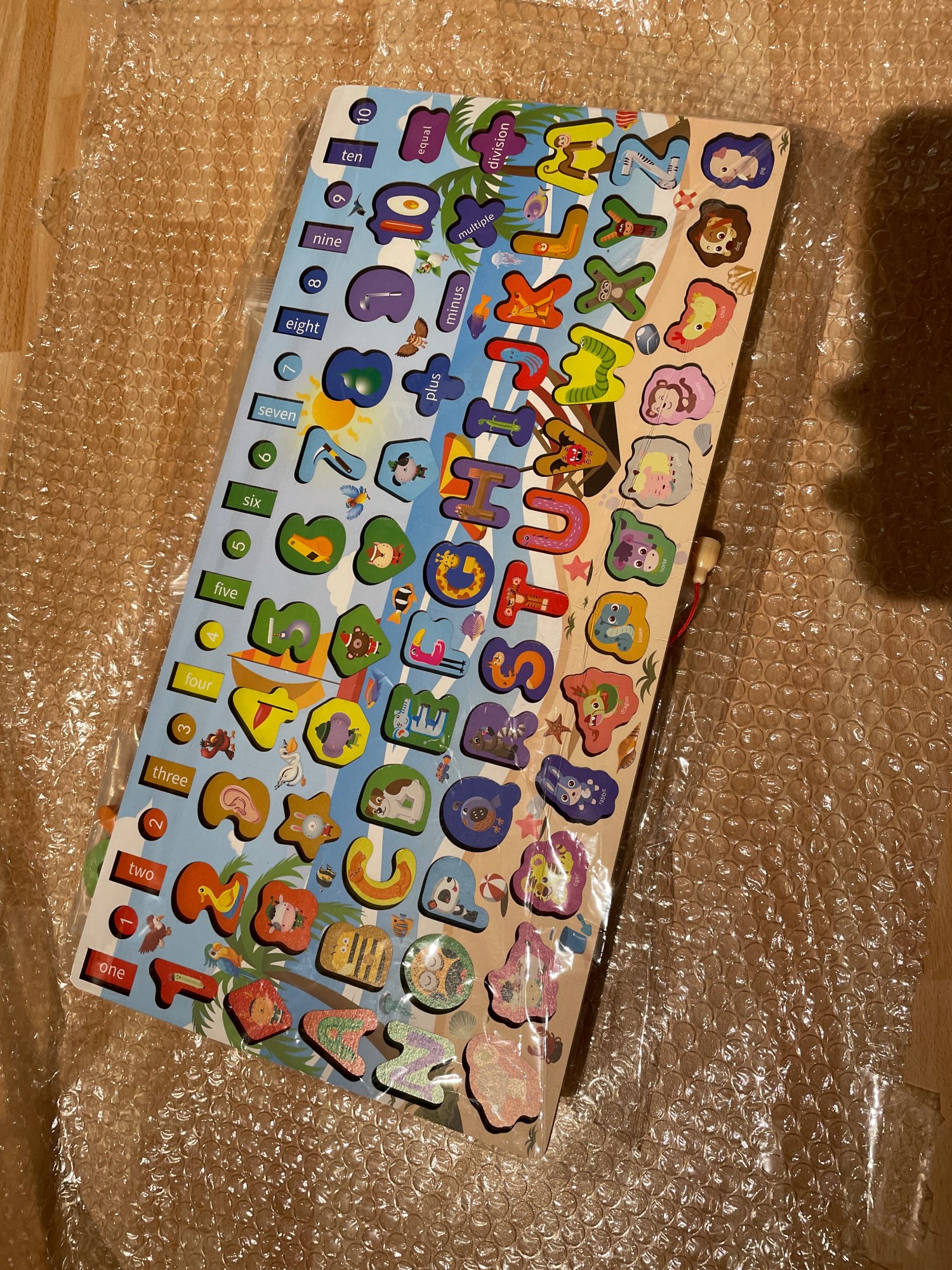 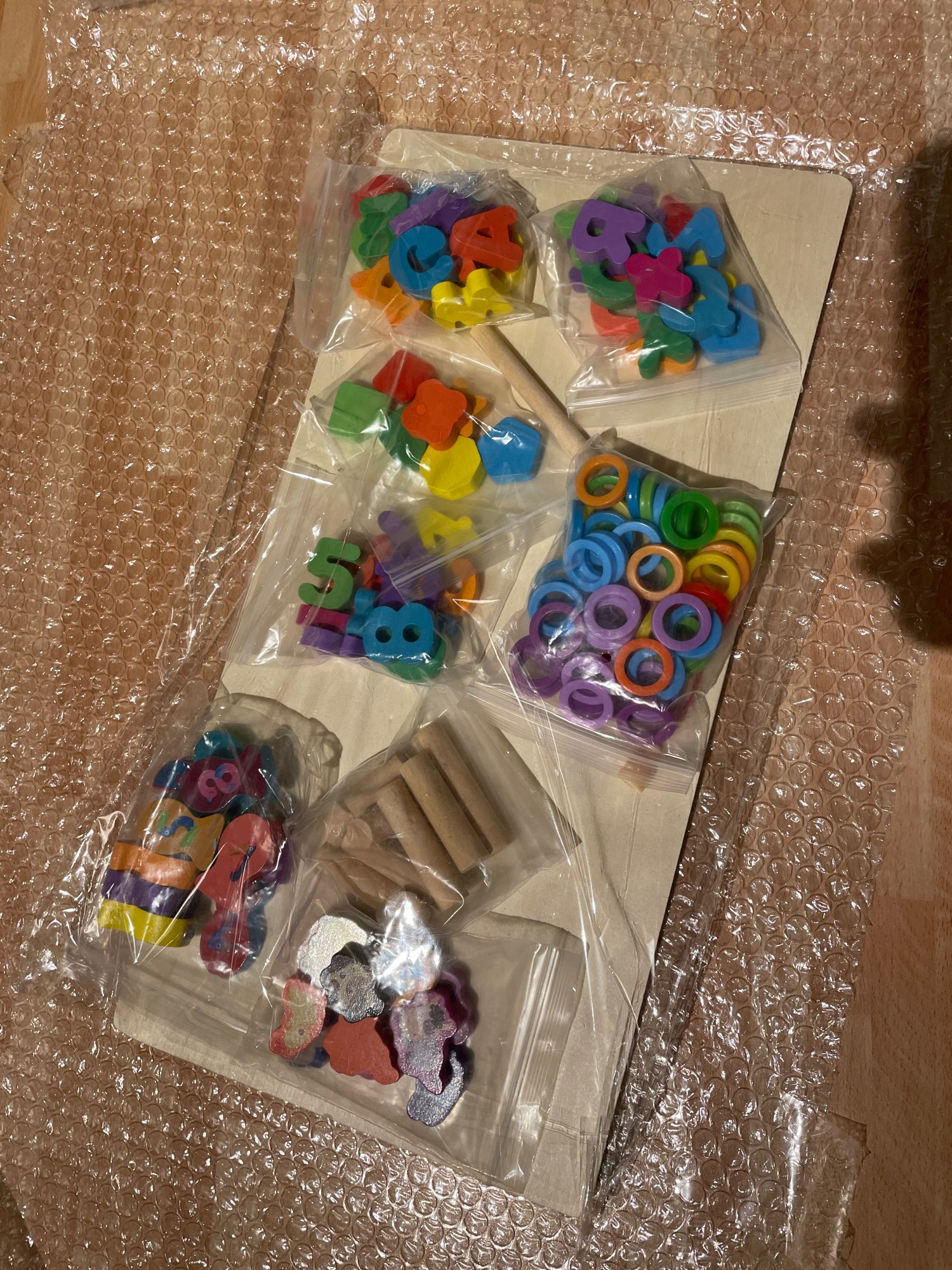 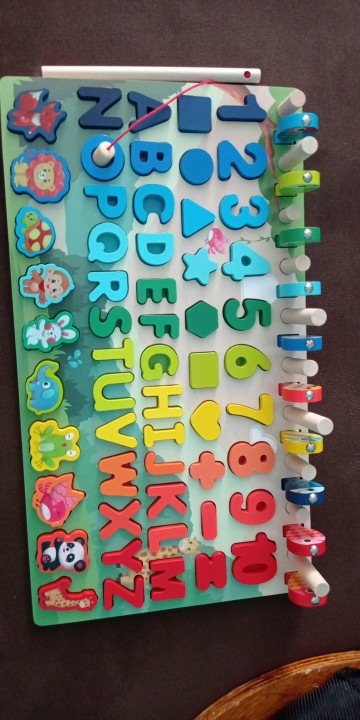 In the kit there is not enough one fish, which is very upset, still incomprehensible Blot. In general, the toy is not bad, if it were not for the seller's attention 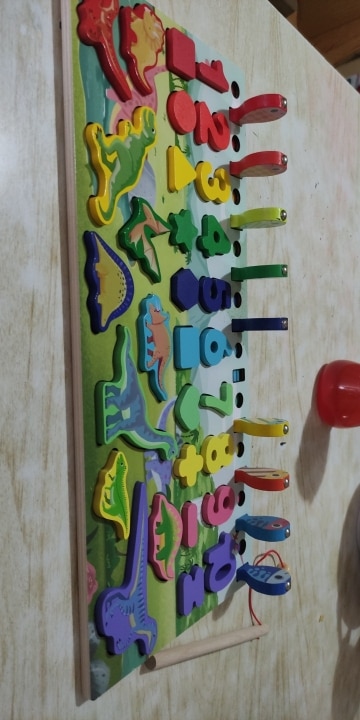 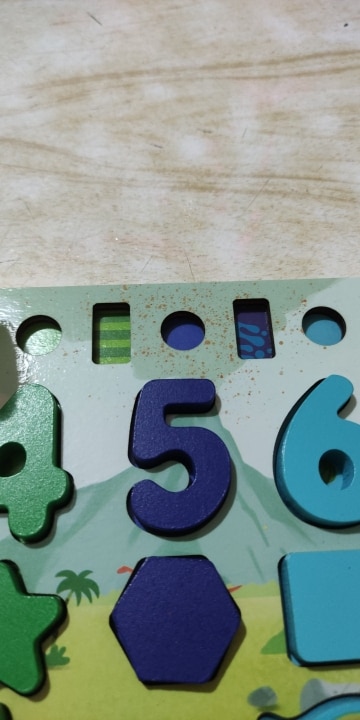 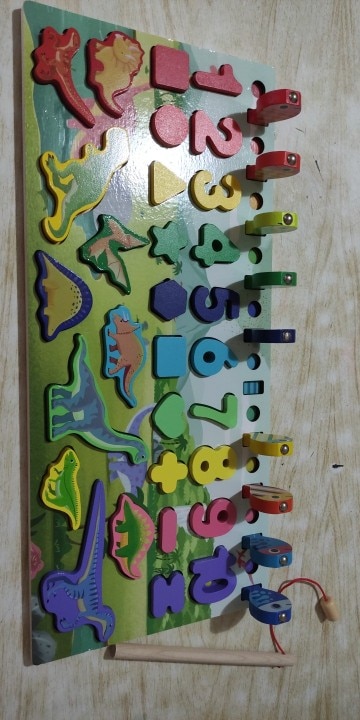 I think he 'd be bigger. Otherwise perfect thank you

Really top exactly like the description, perfect for learning. Sends fast and neat

In the kit there is not enough one fish, which is very upset, still incomprehensible Blot. In general, the toy is not bad, if it were not for the seller's attention

Added to your cart: